Haggis Bon Bons turned out to be a sublime way of ending a working day in sunny Stranraer. What could possibly complement them? Step up to the plate Dublin, and serve up a pint of your finest Guinness…

Until we speak again, if you ever find yourself in the Independent Republic of Stranraer, sample an international combination of Scotland and Ireland’s finest (as sampled at the Craignelder Hotel).

Deep in the Northern Hemisphere winter is a time when the egg-chasing sports enthusiasts get their moment in the limelight; when the Six Nations Rugby Championship takes centre stage; where some of the people of Wales connect with a strange kind of religious fervour.

This year it all kicked off with the biennial ‘Men in Skirts‘ weekend, as Scotland arrive in Cardiff. A brief moment when men can be true to their inner selves, and at least one shopping-laden woman can turn a blind eye…

Scotland were in the rarified position of being tipped by many as favourites to win in Cardiff, only to be blown away 34-7 by the native dragon of Wales…

Next up, it was the turn for Wales to be on the road, with the fixture that inspires thoughts of a clash with old enemies rather than a celebration amongst rivals. What would the marauders across the Severn Bridge take to the hosts of England, tipped to be champions before the tournament started? Well, with dragon-hearts in mouths for most of the last 60 minutes, it wasn’t to be, as St George stumbles to a 12-6 win, and the guest fire-starters prove at the final whistle to be a little more inert in portraying their true heritage…

Staying on the road, next up is the always welcome trip to Ireland, where the lotion joyously flows, and the red army have frequently found travelling success. As added-on time arrives Wales are only 3 points behind and in possession with the potential of a match-winning try; and then that wayward pass…… Ireland clinically strike for a 37-27 victory, as Welsh heads are bowed…

With two oh-so close matches away, Wales return home determined not to let an unpredictable season slip on the banana skin that Italy may lay down at the Millennium Stadium (no Principality Building Society product placement accepted here!). A frenetic first half is followed by a procession to a 38-14 home win…

Which only leaves the simple matter of a victory in the final home match with France to secure a creditable second place in the Championship. If only… Wales don’t do ‘simple’! After most of the match watched through parted fingers, mouth agape, from behind the sofa, the final whistle brings that rarest of outcomes… Rabbits 14 Headlights 13…

Until we speak again, you may ask “but what about the other matches?” to which the carefully tutored Juno and Bella would answer “so what!” Another Six Nations comes to an end, with congratulations to Ireland for the Grand Slam of 5 wins in 5 games, and even greater congratulations to England for their Number 5… the Dunk of finishing 5th out of 6!

For a city cat from Cardiff, a visit to the west of Ireland can provide a soporific change of gear. Not least because you have to catch yourself on to a naturally slower local pace of life.

Looking for a quiet indulgence in the national libation? We may not be ready just yet…

And there is a stark reminder that corners here were made for waiting on; even if they are not exactly on the corner! It is what it is, and you just have to catch yourself on…

And, just because we are about 25 miles from the west coast doesn’t mean we can’t have a harbour, does it?

If it appears to you that we are ‘a few boats short of a regatta’, well, just catch yourself on…

There again, the so-called Marina Point does provide home to further aquatic references, in the form of the Shearwater Hotel…

This just maybe the place where the traditional lotion can be found. But, catch yourself on, it will only be served to you after an appropriate settling wait… as the local pace of life is more about quality than speed.

Further indulgence in the life of a snail brings its own rewards, as this is most certainly a cosy home where bovine and porcine companions can be found deliciously co-habiting in a bun…

Those who like their steaks of the lean variety, catch yourself on, and find a healthier part of the world. The juicy offerings here come with a protective layer of fat. But if that is not enough, try a basket of triple cooked chunky chips and a base of caramelised onions. Button mushrooms intrude on the base to showcase what healthy eating could be… if you were somewhere else, that is!

Until we speak again, check out county Galway in the west of Ireland, and Ballinasloe particularly, if you want to catch yourself on to a lifestyle of the slow.

There seems to be no hiding place

in international rugby, but Juno was clear that the strange rituals of putting heads between a team-mates thighs in order to push a group of guys a mere foot or two backwards was something definitely worth switching off to. As for the idea of kicking the ball 50 yards into the sky and 10 yards forward, just so you can run full speed into an opponent always seemed to her to be a strange premise for a sport. But, whatever the quirks, Wales v Ireland is going to be a game of intrigue and celtic passions. A true sporting battle is on, with high stakes… for Ireland a victory means the chance of a Grand Slam is still on. Victory for Wales leaves them still with a slim chance of winning the Championship. And all of this happening at the beginning of a World Cup year!

So where will the battle be fought? In the first instance, Ireland have an unassailable advantage:

The young pretender from the Cardiff brewery presents well, but what is going to compete with one of the world’s most renowned liquid refreshments? Step outside of South Wales and who has even heard of Brains Black?

Then there is the matter of the scrums, and the arena of myth and legend suggests that the Irish might again be too strong:

So when it comes to the real hard yards, where the big guns aim to charge through the defensive lines of the opposition, both sides are well equipped with their examples of the hard stuff, but arguably Welsh anthracite reality may triumph in this phase of the game over Irish mythology:

‘Emblematic’ is an often overused phrase in so many walks of life, and none more than sport. So, in such an emblematic game, where emblematic heroes will have emblematic moments, with the potential to provide us all with a truly emblematic result of emblematic proportions… it is important that we look at the emblems each country are able to call on in order to underscore their emblematic expectations.. It seems obvious to me that in a game of rock, paper, scissors the leek will most likely crush the four-leaf clover:

So, my intrigued reader, you are left no clearer about how this match is going to play itself out. With an array of plants and vegetables, rocks and stones, and liquid dark stuff to line the sensibilities before, during and after the event… fill the arena, bring on the gladiators, take possession of cultural and religious metaphors of your own choice. Then, at the final whistle just add a joyous and decorous home support…

This has been Juno’s View of rugby, but until we speak again to find out what she thought of the current Cricket World Cup you will need to go somewhere lower on the excitement scale than baking cupcakes or creative crochet patterns. 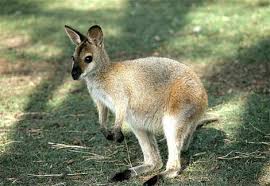 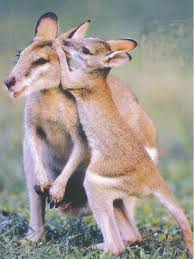 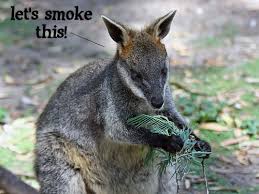 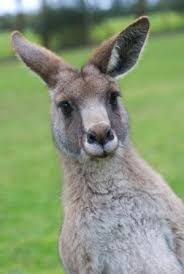 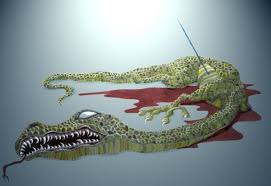 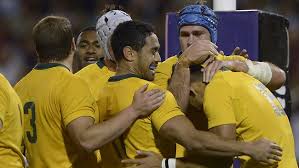