For me, this is a 1980’s stroll down reminiscence lane. For you, this is a tale of two sides of the road.

Go south and you are in a twilight zone of mid and high rise blocks liberally interspersed with unsavoury looking fast food joints. A place where obesity and Brexit may hook up for a sleazy night out!

This is where the old saying bears some truth… “What the Luftwaffe started the town planners finished!”

However, cross the road to the north side and you can stroll the Georgian terraces that surround Tredegar Square, a short distance from Victoria Park… undoubtedly a place where the metropolitan liberal elite hang out. So, if you find yourself in Mile End with a spare 24 hours on your hands, don’t be afraid, just find north on your compass.

Start with a fueling stop at The Greedy Cow, where a Kangaroo Burger hops off the menu to assault your gastronomic whims.

Yes, you heard right first time, it is pinned down for a reason…

Then you simply meander through the conservation area to find a range of traditional watering holes to quench that marsupial thirst. The Lord Tredegar is a great old Victorian boozer serving up a fine pint of Hophead pale ale…

Then there is the Morgan Arms, requiring a careful navigation to avoid the resident Greene King family! A one time great traditional brewery that has joined many others in spoiling the name of good beer with its capitalist quest to take over the world of ‘falling down lotion’…

And if the dawn of a new day still finds you in fighting fettle why not avoid the traditional Youngs beers and opt for a Proper Job IPA in The Coborn? Just don’t let on to a certain regular reader that it comes from Cornwall…oops!

Need something less alcoholic? Who needs those coffee chains when you can pop in to an authentic independent Italian coffee house?

Until we speak again, this has been a nostalgic gastronomic trip down memory lane. As for the present day… if you are looking to get Brexit done, it has all gone south.

For a city cat from Cardiff, a visit to the west of Ireland can provide a soporific change of gear. Not least because you have to catch yourself on to a naturally slower local pace of life.

Looking for a quiet indulgence in the national libation? We may not be ready just yet…

And there is a stark reminder that corners here were made for waiting on; even if they are not exactly on the corner! It is what it is, and you just have to catch yourself on…

And, just because we are about 25 miles from the west coast doesn’t mean we can’t have a harbour, does it?

If it appears to you that we are ‘a few boats short of a regatta’, well, just catch yourself on…

There again, the so-called Marina Point does provide home to further aquatic references, in the form of the Shearwater Hotel…

This just maybe the place where the traditional lotion can be found. But, catch yourself on, it will only be served to you after an appropriate settling wait… as the local pace of life is more about quality than speed.

Further indulgence in the life of a snail brings its own rewards, as this is most certainly a cosy home where bovine and porcine companions can be found deliciously co-habiting in a bun…

Those who like their steaks of the lean variety, catch yourself on, and find a healthier part of the world. The juicy offerings here come with a protective layer of fat. But if that is not enough, try a basket of triple cooked chunky chips and a base of caramelised onions. Button mushrooms intrude on the base to showcase what healthy eating could be… if you were somewhere else, that is!

Until we speak again, check out county Galway in the west of Ireland, and Ballinasloe particularly, if you want to catch yourself on to a lifestyle of the slow.

Here I am just getting ready for the most important function of my waking hours… it’s time to eat!

But then comes the big decision… what to eat today? If you’re in the centre of Cardiff and facing a similar dilemma, no worries, as I occasionally send my ‘Culinary Novice’ out to collect some useful intel. Though when I suggested they get out there quick, to find me good cuisine, I wasn’t indicating they come back with information on fast food!

Having already established themselves in a quieter corner of the city centre, it seems that  of The Grazing Shed’s brand of Super Tidy Burgers are doing well enough to take up an additional position in the busy south end of St Mary’s Street. But did the good Burghers of Cardiff realise that they were giving permission for a ‘shed recycling business’ when they agreed to the advancement of high quality burgers in their midst?

I’m reliably told (if reliable is something I can apply to my ‘in-house infarct’) that this place is all about locally sourced, i.e. Welsh, products and produce. I’ve always been the type of cat who likes my cow to be within visiting distance, and preferably with an individual name!

“But let’s see the produce!” you impatient burger jockeys are saying. My ‘resident imbiber’ decided that a can of beer was the first priority; but then how can a self-respecting water slurper like myself impose any discipline on the easily tempted, particularly when they are out of my sight?

The Waen Brewery have cleverly tempted my resident ‘willpower deficit’ with an advertising slogan of ‘Hellish Good Beer’!

Once the initial thirst is quenched it’s time to see what Ermentrude and Daisy have to offer for satisfying both taste and hunger. My ‘culinary chancer’ goes for a Spicy Uncle Pedro, and I demand a quick pictorial explanation to assuage my worst fears of what might have been going on out the back of the dining area! Meanwhile ‘gastronome junior’ apparently went for a more conservative bite of chicken in a bun.

The reviews are both very complimentary of burgers and the associated accoutrement. Meanwhile the good Burghers of Cardiff can satisfy themselves that they are contributing to demand for the paper and the food basket industries, wherever they happen to be dominating the Welsh economy.

Until we speak again this Bella hopes that all of your burgers are chain-free! 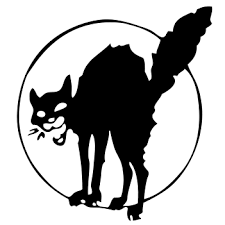 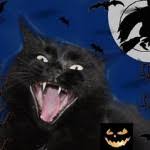 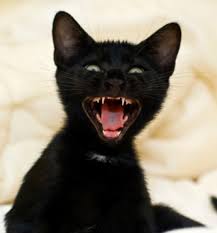 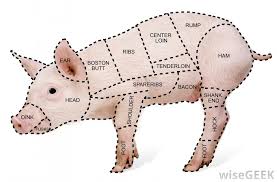 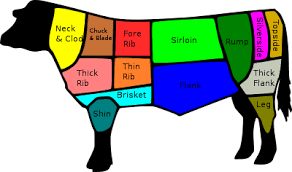