Is the time right to get back to work? Are the kids back in school? Can I work from home still? Will the workplace be safe? Do I use public transport? Do I add to climate damaging emissions? Where do I buy lunch these days? Has anybody worked out what the furlough thing is all about? Do today’s job loss announcements include mine? Do I believe anything the lying bastards in Government say?

Until we speak again, there are two types of people in the post restriction world of Cardiff… those dealing with difficult questions, and those who just mess about on boats!

The problem with a mega cream-based confection is that it might just trigger a stampede! But that’s when a solid brick wall comes in handy…

Until we speak again, next time you happen to be visiting Cardiff‘s Castle Arcade beware what you order in Coffee Barker!

Gazing across Cardiff Bay can easily trigger contemplation, even in the least philosophical of cats. Across the water lies the barrage that gives rise to this expanse of life aquatic. Then there is the majestic Penarth headland, inviting mystery as to what lies beyond… 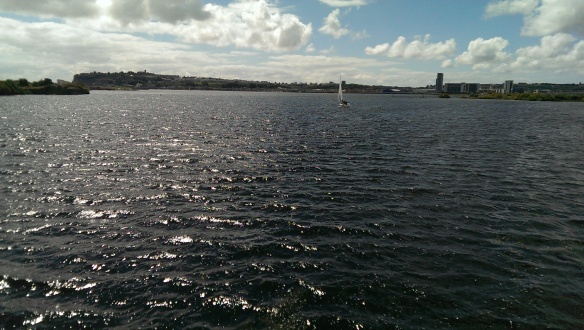 Tantalisingly out of reach are the mythic islands of Flatholm and Steepholm, worthy of exploration if you can still find an intrepid sea dog to convey over the channel. But what is that strange protrusion at the foot of the headland? 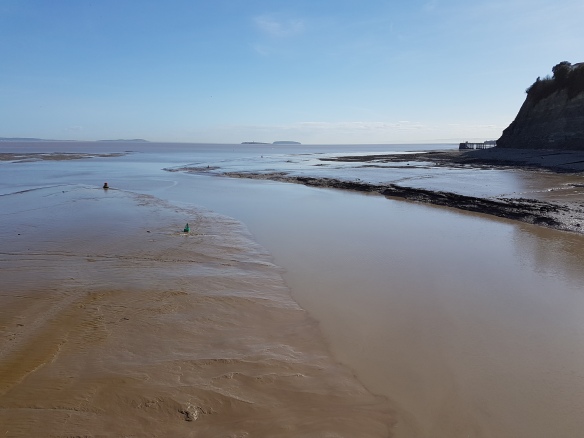 One of Penarth’s many attractions dates back to the late Victorian era; an age when the coastline of Britain (back when it was Great!) needed wood and metal embellishments, so that people could experience walking above water. The pier was a ubiquitous adornment to any self-respecting seaside town; a place to take-in the bracing sea air, or indulge in frivolous amusement in pavilions or arcades. Penarth Pier was no exception, including its later art deco addition in 1930…

[The image above is included with acknowledgement to Ben Salter on Flickr.] 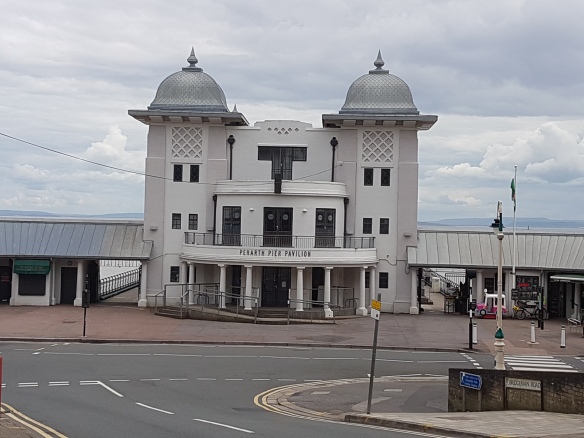 But, be wary of the history of this structure before you venture forth in anticipation. 1931 (fire), 1947 (collision), and 1966 (collision) were dramatic years in its perilous existence. When you create a long and narrow appendage don’t be surprised if it occasionally suffers  the occasional catastrophe. As with certain volcanoes, looking at those dates, the next one seems long overdue! 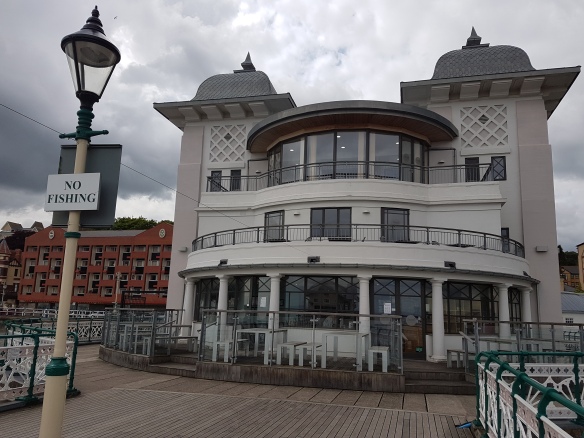 For readers under the age of 25, the ‘No Fishing’ sign refers to aquatic creatures, not nefarious internet activity! Though judging from the level of occupation below, readers under 25 are far more likely to engage with Penarth Pier on a screen than in reality. 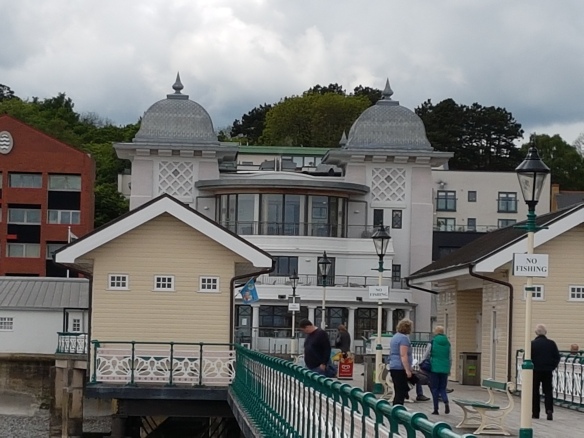 Until we speak again, I am going to assume a Bella-like state of contemplation, as I reflect on life beyond the barrage.

Stepping outside of home I seem to have everything I need right here on the doorstep. This might well be something akin to Juno’s view of her beloved Cardiff home, located somewhere between the two lines identifying ‘Cardiff Bay Railway Station‘ and ‘Norwegian Church‘ a little over from the top end of the dock occupying the centre of the picture. Porthteigr might be a belated reference to the old Tiger Bay, but Juno would have welcomed any recognition of the importance of cats:

The problem some days is that I’m confronted with the ultimate in decisions… to relax or to shop?

But then the relaxation option isn’t always what it’s cracked up to be… decisions, decisions! 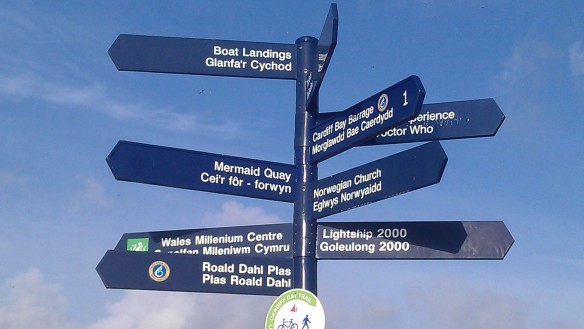 It does my ‘ead in it does (as the locals often say). And just when you need some guidance from the self-proclaimed guru, what would she be doing?

Until we speak again it looks like Juno’s view is that it’s going to be relaxation then.