Ever wondered “What is in there?” as you glance up at shuttered windows; or you see most lights are on, but one room seems to be bathed in the mystery of darkness.

It would hardly be a thought worth thinking as you gaze over at a city centre Burger King joint, as late night revellers are acoustically invading your alcohol-infused imagination… 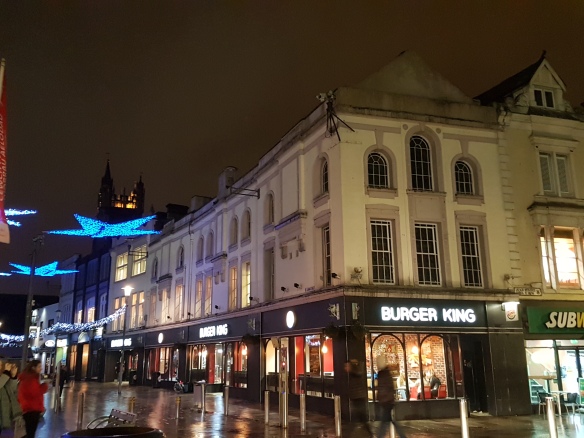 But, thanks to a recent ‘Hidden Cardiff‘ TV documentary, by the adventurer/writer Will Millard, the secrets of the 300 year old Green Dragon pub are briefly revealed. The building now largely occupied by a Burger King hides the only remnant of a bygone past… The Mahogany Room.

Apparently, this ornate delight is obscured from public gaze for health & safety reasons (personally I think that could be more to do with the other current occupier!). 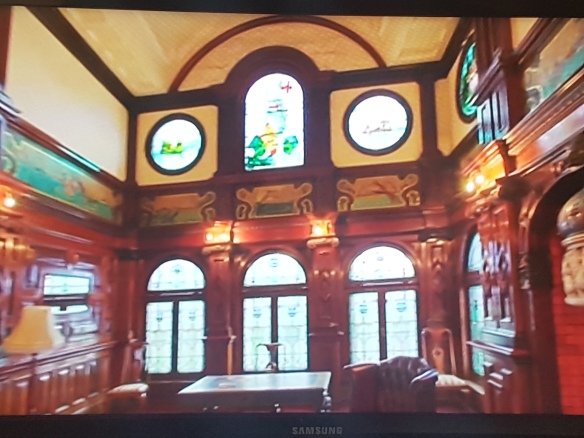 Here is where the alcohol-infused imaginations of Cardiff’s former great and good discussed the pressing civic matters of the day, and made the decisions that would shape the growth of the would-be capital city of Wales.

Alas, the premise of the ‘Hidden Cardiff‘ TV programme was that the city, unlike many of its English and Scottish counterparts, has not been very good at valuing its past history and architecture. It prefers to give an outward impression of the new and shiny, either destroying or hiding many of its gems. And The Mahogany Room is a classic example of such a cultural crime… 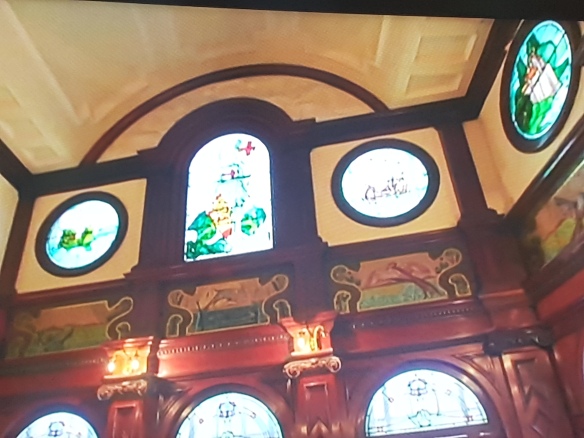 Until we speak again, if your gaze is halted by closed shutters or images of darkness surrounded by pools of light, Juno and Bella would have reminded you to summon up your alcohol-infused imaginations!