Watching Cardiff City FC over the last 9 months is nicely summed up in the following quote: “Talent without discipline is like an octopus on roller-skates; you’re guaranteed movement, you just don’t know if it is going to be forwards, backwards or sideways.” [H. Jackson Brown Jr.]. 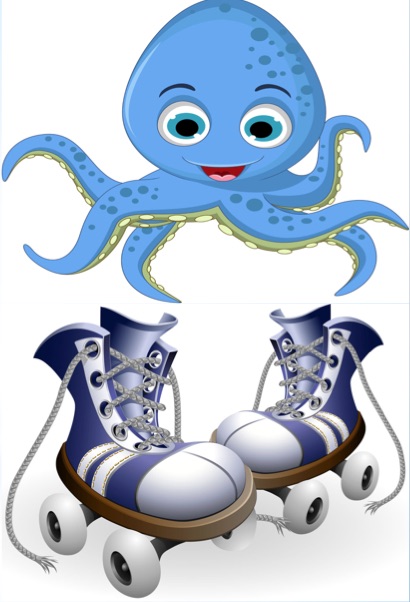 As another season comes to a close it becomes abundantly clear that Z is for ZILCH… on too many recent occasions team members have embodied an oft used cliche as a season draws to a close… their ZONKED demeanour suggests they are already on the beach.

So, finally Z is for ZUGZWANG… i.e. nothing of any advantage emerges from the last few displays, as the team occupy firstly the uncoverted 7th position, the highest of the meaningless places; but then contrive to slip even further with a final draw in a game they shouldn’t be drawing.

For the record the final score was Cardiff City 1 Birmingham City 1, with the home team finishing the season in 8th position with 17 wins, 17 draws, and 12 defeats. Until the next season of hope and despair (with Juno and Bella’s successor taking on the role of managing me), why not spend the summer sharpening your ZZ TOP impersonations, listen to your ZOMBIES back catalogue, or simply catch up on some relaxing ZZZ’s.

YESTERYEAR… as your team find themselves 7 points adrift with only 9 more to play for in this season. Fans are invited to indulge more in arse-end-surveillance for any sources of satisfaction…

Y further stands for YOKE… as your team welcomes you to take on a permanent burden of failing expectation; particularly when they go 0-1 down against the bottom of the league team in a must-win match!

As for that XMAS  feeling, the penalty in the last minute brings jubilation to the locals; but this is an X really better put on hold, as reality looks like emerging with a much different type of outcome…

Bella predicted that if you YEARN for your XYLOPHONE it will only YIELD a YOWL. If you find YOURSELF YAWNING at this YARN try the score instead, Cardiff City 2 Bolton Wanderers 1; with the locals now having played 44, won 17, drawn 16 and lost 11, they remain in 7th position (top of the also-rans!).

WATERSHED… as the chance of making a play-off place, to keep open a slim chance of promotion to the Promised Land, assumes WAGNERIAN WAVELENGTHS…

And finally, W is clearly for WHATEVER!… as a marginally revitalised second half produces a WINDBLOWN WINDFALL of WISTFUL WISHES but no more goals than the first. With two points out of nine from their last three matches the ever hopeful are beginning to become WRACKED WITH WRATH as the strain of burdensome expectations and hopes WENDS its WEAVE… 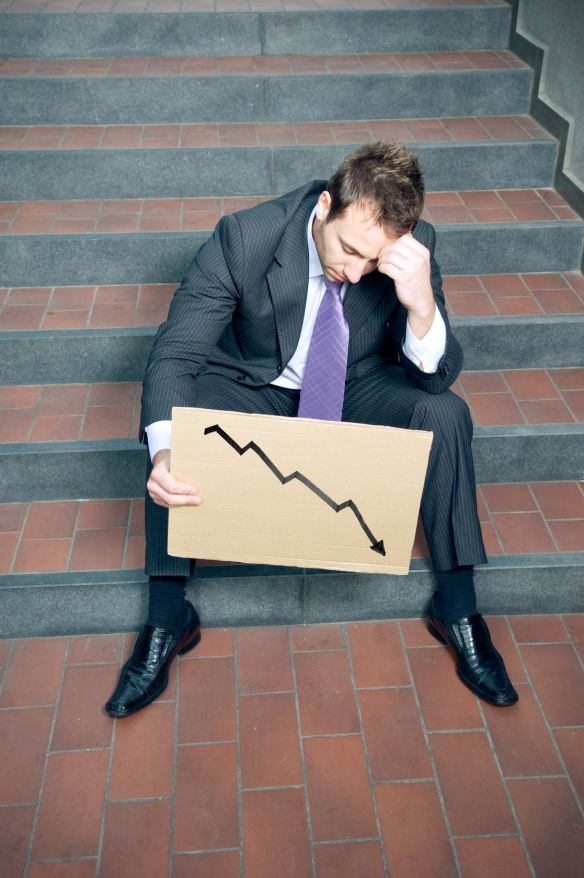 Bella has departed to take up residence with the originator of this blog, Juno; but the WONDROUS WHACKY WAFFLE from the resident WINSOME WASTREL will undoubtedly be a WEARISOME task WELCOMELY WITHDRAWN.

For the record the final score was Cardiff City 0 Queens Park Rangers 0, with the home team now having won 16, drawn 16, and lost 10; so they still remain rooted in 7th position.

VAINGLORIOUS… as VALIANT VALUATION is VICARIOUSLY VISITED upon VAGABOND VULTURES. 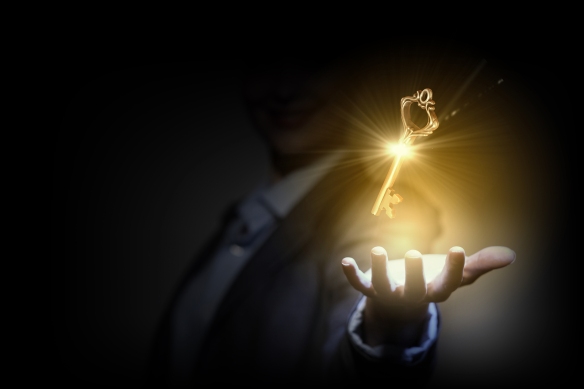 However, V is also for VERISIMILITUDE… as VOCIFEROUS VISIONARIES offer VAUDEVILLIAN VERNACULAR towards VAPID VISITORS…

Until we speak again this Bella remains VEHEMENTLY VIVACIOUS… For the record it was Cardiff City 2 Derby County 1, with the locals having played 39, won 16, drawn 14, and lost 9, which puts them currently 7th in the league.

UBERMENSCH… in response to an UNAMBIGUOUS ULTIMATUM following the UNCTUOUS UMBRAGE experienced in the last home match defeat.

But it also seems to be for UNBELIEVABLE… as the match goes ahead with an UNEQUIVOCAL clash in timing with the England v Wales international rugby match, as seen in the respective crowds… 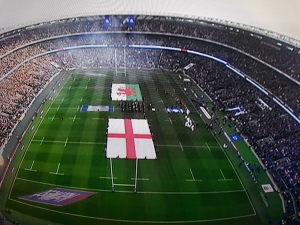 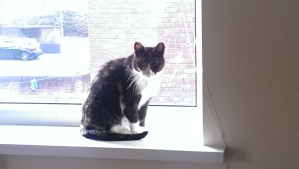 Until we speak again this Bella will be seeking an UPGRADE to UTOPIA. For the record it was Cardiff City 1 Ipswich Town 0, with the locals having played 37, won 15, drawn 13, and lost 9, which puts them currently 7th in the league.

Those in the know (i.e. biased home supporters) understand that T is for TENUOUS… as TREMULOUS TREPIDATION sets a TEMPLATE for a TOXIC TRAJECTORY as recent TUMULTUOUS TRACTION TURNS TO TRAUMATIC TRANSACTION… 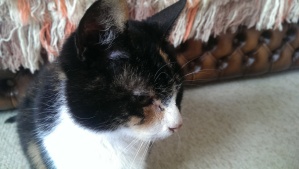 If I didn’t know better I’d swear my TRUCULENT TYRANT TRANSACTS THROUGH TRANSFERENCE and the proposition of a TSUNAMI of TURMOIL is nothing more than TANTAMOUNT TO TRAGICOMEDY!

Until we speak again this Bella will TRADE only in TAUTOLOGIES. For the record it was Cardiff City 0 Leeds united 2, with the locals having played 36, won 14, drawn 13, and lost 9, which puts them currently hanging TANTALISINGLY to 7th in the league.

SISYPHEAN… as the locals adopt a STOIC attitude to their team’s SOMNAMBULANT SHIFTING between 7th and 10th positions in the league, but never quite SURGING into the all-important Top SIX.

SERENDIPITOUS… as fans SALIVATE over the SHOCK of back-to-back SEISMIC home wins.

SCINTILLA… as SUBTLETY SUCCUMBS to SPECULATION (yet again!) of what might be over the remaining 12 games. 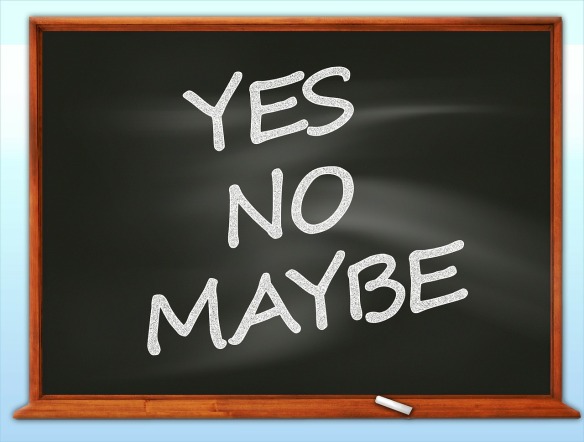 For me, the SEQUESTERED SHIBBOLETH only SERVES  to SATIRISE a SOUPCON of SOPHISTRY!

Until we speak again this Bella will largely SASHAY in SUBLIME SERENITY as I offer you nothing less than SANCTIMONIOUS SALUTATIONS. For the record it was Cardiff City 2 Preston North End 1, with the locals having played 34, won 13, drawn 13, and lost 8, which puts them currently 7th in the league (temporarily at least).

QUIET RIDICULE… as my ‘intrepid reporter’ QUITS the challenge half way to the match in a RECIDIVIST QUANDARY having failed to attend a match for the second occasion this month.

Until we speak again this Bella will remain QUASI RECONCILIATORY towards the in-house RAGAMUFFIN. For the record it was Cardiff City 4 Brighton & Hove Albion 1, with the locals having played 32, won 12, drawn 13, and lost 7, which puts them currently 7th in the league.

MEDIOCRITY… which judging from the recent experiences of the local team takes a lot of careful teamwork and planning. Here is where meteoric is more mythological, and the meticulous mimics malady.

As normal service resumes for the whole of the first half we are reminded that M is for the MANGLE of MISERY… exemplified by the miscreant misdemeanours of maladroit malingerers; you don’t need to bring your own gloom, it comes provided in the ticket price!

But M can briefly be for MELLIFLUOUS…  as a rare flowing movement gives the home team players and supporters respite and cause for celebration, as the microscopic minutiae metamorphose into an unexpected mirage.

And finally, M is for MENDACIOUS MISCELLANY…  as a justly deserved but narrow home win tempts the fans to continue returning to the maelstrom of malarkey that manages to mirror the developing masquerade.

Until we speak again this Bella will largely be ignoring the resident mentor of melancholia. For the record it was Cardiff City 1 Blackburn Rovers 0, with the locals having played 25, won 9, drawn 10, and lost 6, which puts them currently 9th in the league.

KARMA SUTRA… well, what do you expect when the birds (Cardiff City FC) and the bees (Brentford) get together? After all, there are at least 26 positions across the pitch (if you’re counting the referee and other officials); all laid out in front of a voyeuristic crowd!

But K is also for KINAESTHESIA… as the kick-ass locals are fully in tune with muscle tone, position and movement, resulting in the quite common recent experience of going in to half-time with a 2-0 lead.

However, K is also for KNIFE-EDGE… as once again the full 90 minutes turn on a Desmond (Tutu, that is… as in 2-2), as knackered knaves kibosh the chance of any kudos.

Then, suddenly K comes to stand for KAFKAESQUE… as the kerfuffle of a final kamikaze raid by the home team produces a winning goal in the last minute of added on time. Kaleidoscopic splinters coalesce, as kindred spirits no longer stare down the khazi. Karma is returned, no sutra required; as unrealistic expectations are kneaded back to kite-flying proportions. 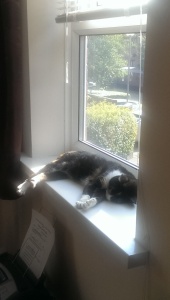 Until we speak again this Bella will be anticipating Kalamity with a capital K; and where can a cat find a proper kebab when you need one? For the record it was Cardiff City 3 Brentford 2, with the locals having played 21, won 8, drawn 9, and lost 4, which puts them currently 7th in the league.