It’s an uncharacteristically prolonged heatwave that blankets the UK in the summer of 2018, but where is it coming from? Meteorologists convey the simple message that high pressure dominates the scene, allowing stable and hot continental and tropical influences from the south to bathe the country in persistent warmth. But, those of us in the know have a different theory about the derivation of so much hot air… in England the source can be found in the Westminster area of London; but in Wales it is to be found in Cardiff Bay going under the pseudonym of the Senedd.

To some aficionados of architectural shenanigans it may simply be a giant beached manta ray, with its route back to the sea seemingly blocked by nothing more than a solitary lamppost!

Propped up on a cushion of glass, it seemingly projects its message to all before it, through a menacingly oval aperture…

For this is where Welsh politicians meet and pontificate in the bowels of the beast. The hot air produced is conveyed upwards to an unsuspecting world… through a sinister mushroom cloud, only it’s about as wooden as the occupants, and possesses none of the commensurate devastation usually associated with such a vision.

And, to the unsuspecting masses going about their daily business, the impact of the output is a slow burner… like a deadman’s handshake it is never seen but quietly stifles any ambition laid out before it.

Until we speak again, enjoy the hot air of the summer, as the politicians will largely be in recess! 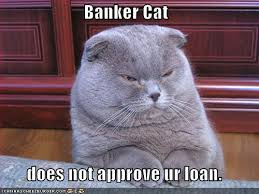