… FLOURISHES TO LIMP OVER THE LINE.” Until we speak again this is Pundit Juno bringing you all you need to know about football in less than 10 words.

[Thanks to ‘photographsonthebrain’ site on Tumblr for posting the cat photo]. 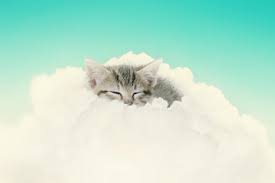 Until we speak again this is Pundit Juno bringing you all you need to know about football in less than 10 words.

[With thanks to fineartamerica.com for the cat image].

If you have never had the experience of being in a war zone look no further than the city centre of Newport on the Gwent coast. The grunge Capital of Europe is known historically for its small unfashionable venues playing host to the likes of Nirvana, the grunge greats of Seatle; and centre for a great many charismatic bands from the Newport hinterland (aka known as South Wales). Rumour has it that the great Van Morrison lived in one of Newport’s prime hotels for some time; and if he hasn’t been seen for a while the hotel is shut and boarded up… who knows?

But today many of those venues are sad boarded up relics, still displaying tattered and torn posters and faded murals of past rocking nights… devastation-chic is the style of the moment. The anthem for the Newport of today is best summed up by the Stereophonics ‘Maybe Tomorrow‘! So, it was with unfocused anticipation that Fat Freddies Cat and I slinked into Newport, where the grey clouds coming in off the channel offered one of the few signs of hope. Many of the pubs offer the attractiveness of a perpetually underfunded homeless hostel, probably providing the very social services support that has been steadily strangled by the good folk of the Westminster village. The coalition government need look no further if they wish to showcase a living ‘Museum of Austerity’, in tribute to a policy of rewarding the rich, in the misplaced belief that the greedy bastards will then cascade their wealth downwards through generous investment.

As I have suggested in a previous post my fellow cat has a nose for the good pub; even if it happens to be an oasis in a desert of Euro-fizz Emporia. And so

we find ourselves at ‘Ye Olde Murengers House’ sipping well kept Sam Smith’s Ales, chomping on some good quality pub nosh, and parting with very few of the standard beer vouchers for the pleasure. This claims to be Newport’s oldest public house, built in the 16th century; but then, so do many others. It can’t be a tourist trick, there aren’t any tourists who venture outside of the iconoclastic tin shed of a new railway station. But this pub has much to recommend it, particularly as an old pub that retains what the good old pubs were largely about, even with locals debating the forthcoming trials and tribulations of the future of the city’s chartist mural.

We could keep refilling our bowls at this fine watering hole, but cats staggering in the mid-afternoon gloom is not a desirable sight. So, what to do on a Saturday afternoon in downtown dereliction? There is a yellow stream flowing across the bridge (no, nothing to do with hours spent gargling the nectar!), so being cats of curiosity we follow… minutes later we are at one of those sporting venues known to very few people anywhere outside of the greater Newport metropolitan area… Rodney Parade. It seems that the old exiles of Newport County, recent victors of the mighty Welsh ‘Battle of Wembley’ (North v South against Wrexham, if you weren’t watching the world-wide coverage back in May), are about to take to the field against the English Riviera minnows of Torquay United.

We venture forward to the ticket office, to be halted in our muted enthusiasm by the dimly lit figure behind the iron bars stating that will be £20 each… Twenty quid! We might have come from Cardiff but do we look like foreign investors making a takeover bid? Do you throw in the keys for the Freedom of the City for that price? ‘Miss Newport 1973′ looks suitably unmoved by the remonstrations, and we walk towards the turnstiles, lighter of cash but grasping the magic tickets that will provide entry to a world of League Two football (real football, as the multitudes who don’t have the option of following the Mighty Bluebirds will quickly claim):

So what does real football look like? Here I am with my chair seemingly placed on the pitch (down in this league for your twenty quid you can pretend to be the corner flag). We are all strapped in and ready to go…

The problem with Premier League style of play is that teams have to adopt tactics, and play within systems. Down in the real world, when the ball goes missing you can just fire the starting gun and have a good old fashioned race instead, and even the referee joins in (probably benefitting from a head start over players half his age):

And the more open stadium means that gusts of wind off the River Usk have the potential to suddenly blow most of the players over, or have they decided it is better to audition as a dance troupe for the old version of ‘Come Dancing’ before it got strict. Fortunately, some of the local houses on the other side of the pitch are suspended on ropes so they can withstand the climatic vicissitudes (not a phrase often associated with the Premier League matches):

For the record Newport County won 2-1, so the cats of Cardiff must have brought some of the magic dust along to share with our ‘Old Ironsiders’ cousins. Look out for the continuing rise of Newport up the leagues. I have been Juno, and my elitist Premier League representative will be back to report on another match soon.