Another classy evening at the Cardiff City Stadium. It’s just a shame that it takes serious adversity to bring out the best in the football family. First it was dealing with the first match following the death of the Leicester City FC Chairman and others in a tragic helicopter crash; now it is even closer to home with the disappearance 12 days previously of the plane carrying the pilot and Cardiff City’s record transfer signing striker, Emiliano Sala.

Welsh men and women came together to show their grief at the loss of a young Argentinian man. The flowers outside the stadium were magnificent, the minutes silence before kick-off was impeccably observed, and it was accompanied by a tremendous visual display across the Canton Stand of blue and white colours of the Argentine flag with Sala in yellow. 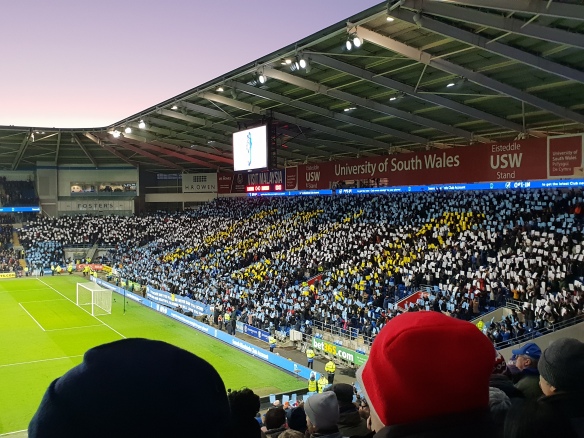 Until we speak again, even the team upped their performance to provide the occasion with a well deserved 2-0 home win against a confident AFC Bournemouth team.