Take a picture of this… it’s a quiet afternoon the night after the celebrations, and ‘the Donald’ is looking for something to eat. His innate tendency to seek a confrontation draws him towards the promise of a grilling at ‘Mesopotamia‘. 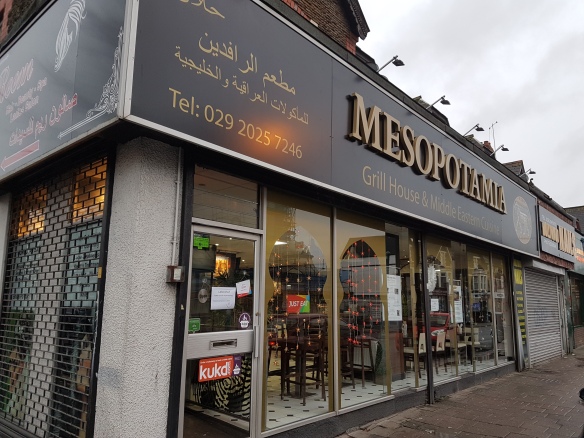 Not one to let any reference to the cradle of civilisation cloud his own vision of personal greatness, he accepts the perceived challenge and grumbles his way through an astonishing menu. A mesmerising presence of Iraq is peppered with Lebanese references, and an unexpected Mexican insurgency… 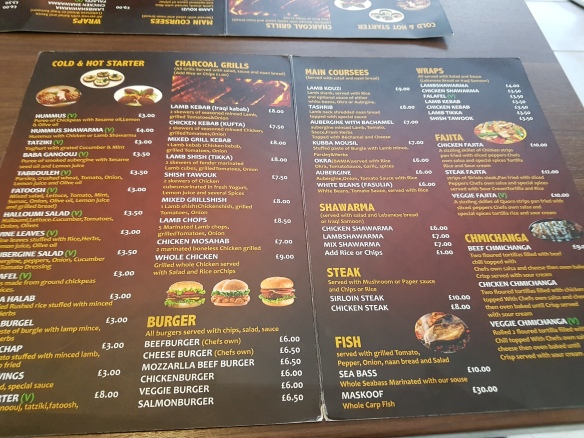 As thoughts drift towards the need for building walls, he realises that the incumbent occupation has already created a tasteful arrangement of bricks, tiles and wood without the need to create any semblance of a barrier. 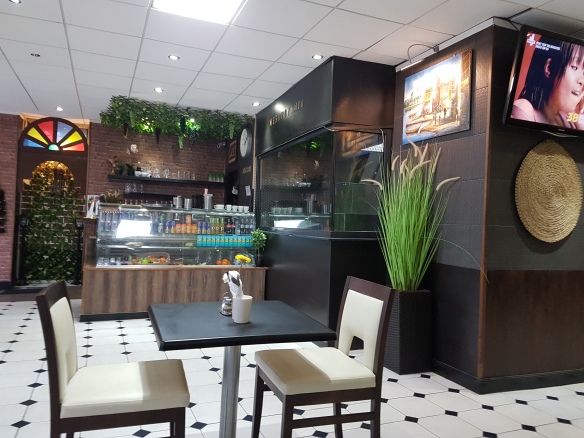 The food is fit for any self-elevating despot. Starters of Vine Leaves and Halloumi Salad were preceded by complimentary bowls of a tasty broth, and accompanied by Ayran (a yogurt based refreshing drink). Who needs alcohol when the world is already laid out before you?! 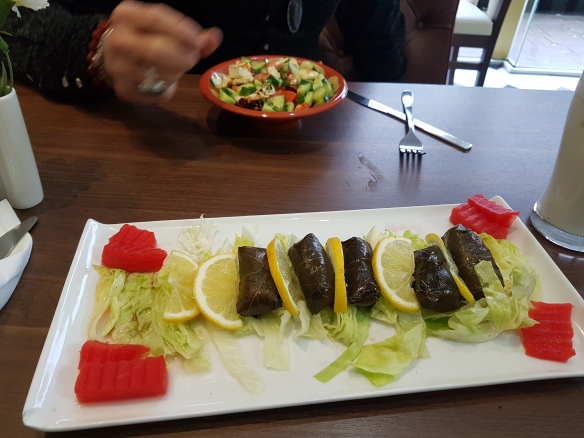 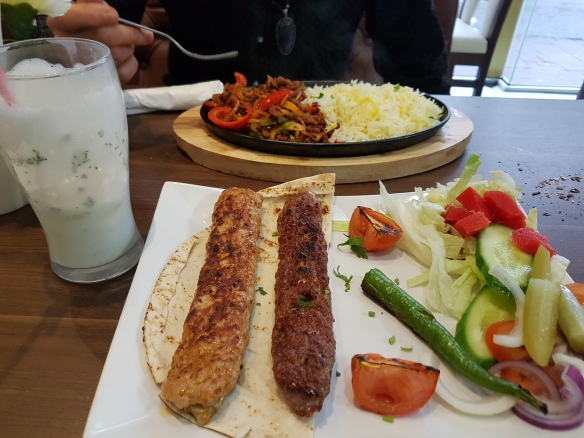 The overall mirage is completed by what appears to be a cocktail crescendo. But this is the peak of non-alcoholic consumption… so it is the taste of a full flavoured Virgin Mojito that satisfies the feast.

To any self-respecting, world-appreciating, liberal-minded individuals, this is an experience to open the mind and satisfy the soul. If you are ever strolling along the infamously diverse City Road in Cardiff you are advised to pay a visit. ‘The Donald’s’ of the world need not apply; they deserve little more than a wall building around them, within which they can indulge their own nightmarish visions of the world. Bella would have been first to supervise and contain the nightmare from encroaching on the ordinary people. 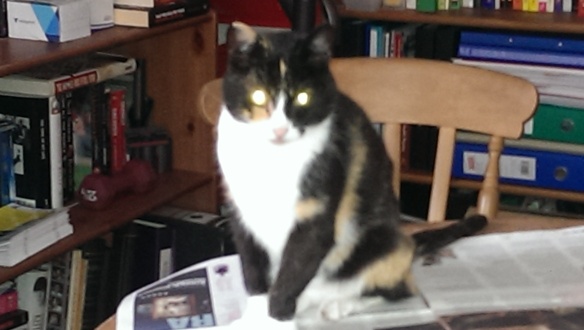 Until we speak again, may your culinary excursions be mind expanding.