It’s been a week where cats in leadership roles have again stirred very different emotions, and focused attention on the meaning of ‘doing a number 2’!

Litter trays at the ready… as Donald Trump talked in the USA of planning for a second term, though his penchant for Twitter should excite many cats to assume a pose ready to pounce. Then our very own Jeremy Corbyn in the UK showed us what walking away from leadership looks like when he denied any responsibility for a catastrophic outcome in one, and a lacklustre outcome in a second political by-election.

So, not for the first time, I find myself reflecting that when the despondency of current politics deals you a couple of blows, there is always the surreal nature of football to provide that pick-me-up. No, not the double-quick time of Claudio Ranieri’s despicable departure at Leicester City. I’m talking our very own leader, the mighty Neil Warnock talking about his intentions for a second season at the Cardiff City Stadium.

The white-shirted interloper cats from London, in the form of Fulham FC, arrived with claws poised ready to deal with any bluebirds in their line of sight. 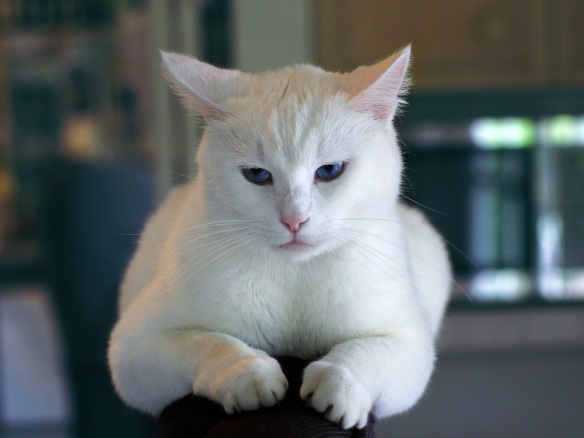 But, with the home team led at the front with two goals from our striker, Kenneth Zohore, an entertaining and uplifting match ended Desmond (Tutu)…

Until we speak again, I fondly remember Juno and Bella as two cats that exhibited particularly feline leadership traits of sleeping, eating and often looking at me with a general air of disdain.