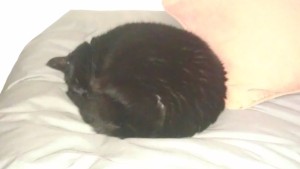 Juno was never one to let any form of exertion, even spectating, interrupt a more important priority. This was the usual pose as the ‘resident masochist’ waxed lyrical about nothing of much importance… football.

But, what is this UK version of the widely recognised sporting name really about? For any readers thinking of switching off at this stage, stay with me for a few moments. My promise to you is an A-Z of the game like you wouldn’t imagine, all brought to you courtesy of a life sentence as a Cardiff City fan! So, in this game what does ‘A’ stand for?

A is for AQUATIC, something that any self-respecting cat would be scampering away from. But in irrational footballing terms, a little water at the start of the season can only help grow those completely unrealistic expectations that every fan harbours for their team just as the new dawn emerges…

A is also for ALCHEMY, as the home team line up with flattering intentions of transforming the ordinary into something extraordinary by the kind of chemistry never previously seen in these parts… so the intelligent cat would surely be asking why would it suddenly work now? 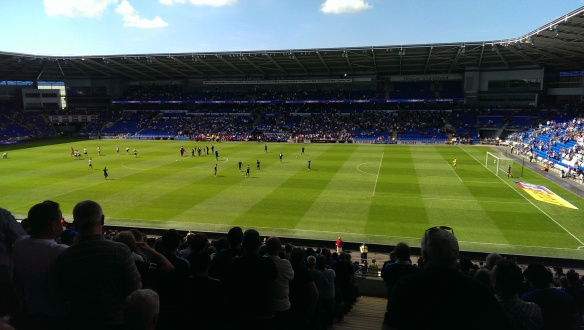 A is for ANATHEMA, as the away side take the lead through a wicked curse of a deflection that outwits the home team goalkeeper. Amazing how it takes all of 47 minutes for the expectations of home fans to drain at the prospect of defeat at the start of the season.

But A is also for APOCRYPHAL, as less than 30 minutes later the home team equalise to send their fans into the unlikely claim of being the greatest team in football the world has ever seen!

Until we speak again Juno would surely wish that you maintain a sense of emotional balance… unlike most football fans. Cardiff City 1 Fulham 1.