As an indoor cat I don’t usually give much thought to the whole issue of renewable energy supplies, so long as at this time of year my in-house heating engineer remembers to turn the damn radiators on. But, there I was one day, minding my own business and continually being
interrupted by the background noise of some BBC Radio programmes, when some political dude starts rapping on about the state of the planet, and how all you humans are ruining it for cats like us. 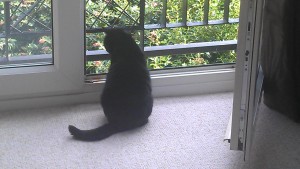 Now I’m not averse to a little breeze around the whiskers from time to time, but this whole wind power thing seemed to be political dude’s answer to all of our problems. Only for a whole bunch of what were called NIMBY’s (Not in my back yard) to phone in proclaiming nothing but an ugly end to our beautiful environment. It seemed to a sophisticated cat like me that the whole political thing generates enough wind to keep me going in cat food for an eternity.

Then it dawned on me… perhaps local politics held a solution! With all of the recent passionate UK attention generated by politics in Scotland, followed by the immediate low point of interest generated by a bunch of numpty’s voting in the looney tunes of Ukip in the English constituency of Clacton, 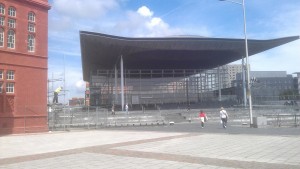 perhaps it would be to Wales, and more specifically my adopted home of Cardiff that we should turn for sustainable sources of wind.
There it was, right on my doorstep, the beached wooden stingray, aka The Senedd, aka the home of the Welsh Assembly… the ultimate source of hot air dressed up as a local seat of power!

On closer inspection it would appear the design of the building, whilst admirably made up of home grown sustainable sources of wood, steel and slate, also had the structural foresight for the job… the politicians are densely housed deep in the basement of the building, and directly above them is the large funnel for capturing the hot air…

Whilst panoramic views of Cardiff Bay are afforded out of the glass-lined walls, I couldn’t help but think that this also doubled-up as a means of bringing light into proceedings on those occasions when the incumbent politicians were away from their energy-sapping deliberations, desperately searching for the elusive voter. 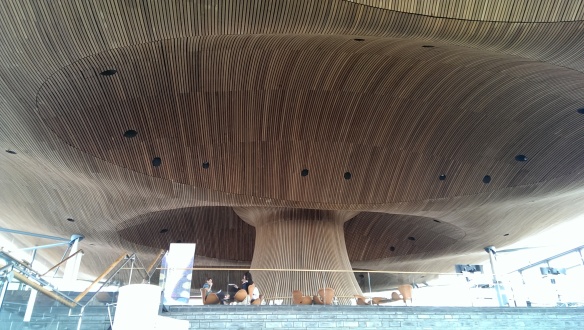 … so my next question is where to store all of this wind power to ensure our sustainable energy supplies? The Millenium Stadium has a closable roof and vast acres of space… what goes on in there most of the time? Until we speak again this has been Political Juno engaging the wrath of a nation’s rugby fans.