The Premier League season comes to its closing day, and just as architectural designs disappear to the horizon at the vanishing point so my resident ‘delusional desperado’ is about to disappear up their own passageway of dreams. They join the local tribe of dedicated panhandlers for the final time in their current Premier League existence, patiently wading through oceans of guano in the hope of the occasional pearl-laden oyster. But it is only the dark clouds rolling in that offer a genuine backdrop to the final contest. But even this final fight is more of a vanishing point, as two pugilists step into the ring for an event without a purpose, other than fulfilling a pre-determined contract. The home team are already relegated, and the away team end a season with their own disappointment of not being able to win anything. 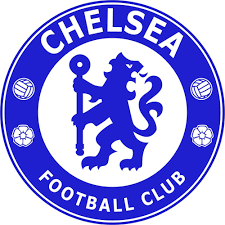 The locals persistently question the colour of the corners, but on this occasion the reality is that in the red corner we have ‘The Baby Faced Assassin‘ and in the blue corner we have ‘The Special One‘, as Ole visibly ageing and Jose progressively greying square up for hopefully anything but handbags at 10 paces…

The potential pre-match hype stirred up by a street-fighting Mourinho, if his team had a heavyweight title depending on the contest, is all but missing. Snarls are replaced by the anodyne smiles of combatants with minds more firmly fixed on a summer of business in preparation for fights to be won in the future. If there is any real match day animosity it is all in the home camp as the fans make it very clear to the owner ‘they will always be blue’:

The bell sounds for the first round, it is 3.00pm on a Sunday afternoon, and the home pugilists look deep down to their boots for some inspiration for the fight ahead:

Is this to be the mis-match of the century, as the heavyweights from the capital of England dominate the ring of the lightweights of the capital of Wales. The visitors certainly begin fleet of foot as they dance around the ring constantly probing for the opening to land a decisive punch. However, underestimate the lighter opponents at your peril, as on 15 minutes the Chelsea defence is opened up with a Craig Bellamy shot that produces a classic sucker punch as it deflects off a Chelsea defender to leave their last line of defence wrong-footed. A further 30 minutes of trading punches produces no further potential knockout blows. At the end of this round a shock is set up as the home fans witness a lead on points… Cardiff City 1 Chelsea 0.

The bell sounds for round two, but can the sleek arts of the pugilists recover against the early lead for the street-fighters?

The gulf in class is beginning to show as the delicate footwork of previous champions mesmerises their brave hosts. The home team cushion a few blows, and offer limited glimpses of the search for their own killer punch. On 72 minutes and 75 minutes the decisive combination of hook and upper-cut are applied, and the home fans are left on the floor. With the absence of Gary Medel, their iconic pitbull, they struggle to find the street-fighter spirit that would give them a chance of getting back into this match. The vanishing point duly arrives, as it is time to throw the towel in and slip off back to Championship football.

Final score of the final game of the season… Cardiff City 1 Chelsea 2.

My very own ‘little dot on the horizon’ arrives back with surprisingly measured temperament, but surely punch-drunk, as they evoke the spirit of many a defeated pugilist claiming that a comeback is on the cards, and it all starts here. Some people are just born masochists. Until we speak again I will be a Juno trying to discover what sense underpins the spending of billions of pounds on a few youngsters kicking a ball around a patch of grass.

[Some images have been gratefully borrowed from google images to illustrate the story, and are used with thanks to those who originally placed them].