I feel it is time that I launched the Wales bid to host the 2026 World Cup. After all, you have provided Qatar as the clearest of blueprints for success. Listening to my cortege of footballing pundits I could have been mistaken for thinking this once every four years prestigious tournament was a true spectacle of the peoples game put on as a festival of entertainment for the delight of the people of the world. However, you have enlightened me to the true realities that it is a complex front for your eminence and fellow crooks, sorry administrators of the game, to engorge yourselves in luxury at the expense of the ordinary spectators. Why didn’t I see that earlier, it is just like the life us cats weave for ourselves on a more permanent basis in the homes of our servants.

As leaders of the world game I am sure you will be steeped in its history, so I will launch the Wales bid on an example of the selfless generosity of its historical contribution to gamesmanship. We clearly surpass Qatar in our our World Cup pedigree and history. They weren’t even in Sweden on that 1958 day when we generously allowed Brazil a quarter-final 1-0 win for them to go on to eventually win the cup. We realised at the time that Brazil may never be good enough to grace the World Cup stage again, whereas we would undoubtedly become permanent attenders at all future tournaments.

The most important element of any worldwide competition has to be the official mascot… what else does anyone remember a few days after it has all finished? Qatar are unlikely to fool anyone with their diamond studded pot of gold mascot, whereas we have the ghost of John Charles

to strike fear into all, and leave a memorable image of the gentle giant for the kids of the world to dream of emulating. Gareth Bale was in contention, but concerns publicly expressed by Harry Redknapp that “he spends most of his time working on his barnet” led my bid committee to be concerned about his availability outside of salon opening times. As for the constant playing with his hands and that heart thing… will someone just give him a mobile phone to play with! 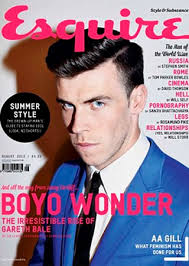 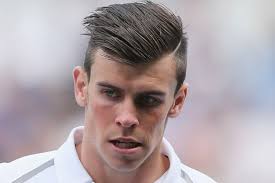 As paragons of virtue and intelligence I thought you at the ‘Sweet FA’ were perfectly placed, in your plush Swiss offices, to be fully aware and on top of the necessary considerations about summer temperatures of 40-50 degrees. You offered Qatar and the football loving world a perfectly reasonable choice… an unnatural and phenomenal expense to provide an innovative green cooling system to reduce temperatures in all stadiums, or cause massive disruption to football leagues the world over by staging the tournament in winter. I promise you that here in Wales the summer temperatures are frequently 40-50 degrees, but a plan is in place to provide spectators with complimentary plastic macs and jumpers in their national colours, with the addition of the Welsh flag emblem as a gesture of multicultural friendship. I apologise unreservedly if this deprives you of an opportunity for skimming off the top any lucrative backhanders resulting from the need to impose grotesquely over-inflated and costly solutions to unnecessary problems. However, along with other cost-savings I will outline in our plan, this creates greater opportunities for us to lavish our expenses on you and your wives.

What about the cost of developing stadia? In the middle of the Qatari desert billions are planned to be spent on state of the art stadia, while here in Wales we will save all that money by playing most of the games at the Millenium Stadium, where the roof can be kept closed against the potential for steel rod like rain dampening the motivations of the young billionaires on the pitch. It is close to the railway station for teams and their supporters flying into the UK and then getting the train. It is also next to the river Taff, so we can extravagantly transport you and your delegates by Cardiff Bay pleasure boats from your hotel direct to the stadium.

More lowly ranked countries can play at the nearby Cardiff City Stadium, particularly those who are unsure what colours they should be playing in, and to avoid the sight of empty seats through smaller crowds in our national stadium. However, your presence would not be required at such a small venue… it would be so undignified in relation to your overblown image of yourselves.

Player accommodation at the St Mary Street Travelodge allows the majority of them to walk to the stadium; but an extra bus can be put on the route to the Cardiff City Stadium for players of teams who are not used to walking further than to their parked Ferrari’s. Of course, you at the ‘Sweet FA’ as world administrators of the beautiful game will be accommodated at the St. David’s Hotel and Spa at no personal expense.

For your many unnecessary visits we will meet you at the rebranded Wales International Airport, at Heathrow, and pay all of your fees at the Severn Bridge toll booths. During the competition all players and spectators will be directed through the clapped out Cardiff Airport, not to burden you with the need to meet or speak with the lesser subjects of your sport.

All of the money-saving initiatives are carefully designed to increase the pot available for bribing, sorry, entertaining you the world leaders of the professional game at the ‘Sweet FA’. As highly respected visiting delegates you will be provided with free use of the City Sightseeing Bus, with commentaries about all the cities in warmer climates where you would currently prefer to be. Your wives will be offered free gifts from their personal choice of stall in the Cardiff Central Market, with free shoe repairs while they wait thrown in for good measure. As a re-think on the Bale heart thing, commemorative hearts will be cast in gold for each delegate and their wives… wrought from the iron ore of Merthyr Tydfil, smelt by the power of purest Welsh steam coal, and borne of the sweat and toil of our working man, if he can be found or isn’t on a health and safety imposed permanent tea break. In this event there is always Plan B… a plastic replica made in China (helping to secure their vote). Free bags of Welsh cakes will be available throughout the period of the bid and tournament, but only to ‘Sweet FA’ personnel and their families.

We are fully aware of the tactics needed to win the strategic votes from around the world… a Welsh Baptist Minister in Patagonia is working on the Americas vote, with South America in the bag, and dispatched to target the bible thumping mid-west. Threats to sue over the title New South Wales should bring in the Oceania vote. The Cardiff City FC connections with Malaysia should easily secure the Asian vote. Craig Bellamy‘s predicted role as a future African President will guarantee the African vote. Europe as our home region initially appear a stubborn convert… but when we seduce Scottish support with our plaque at Cardiff City Stadium the vote will surely follow.

It is surely to our credit that we have many useless sporting administrators here in Wales, which should endear us to your core philosophy and ways of thinking; and with further mentorship from your delegates we should proudly ensure that nothing deviates from the main ethos established in your corrupt, sorry open and transparent, commitment to leadership. What we have learned most from the experience of Qatar is that we don’t need any relevant history in the game, or existing stadiums full of passionate supporters, or a climate suited to sporting exertion, or even respect for the ordinary fans. Whatever the available budget, as long as we demonstrate that the majority of it is directed to the comforts of you, the world administrators of the ‘Sweet FA’, and your shopping obsessed wives, then we can fill our boots and have ourselves a tournament. Where in Switzerland do I send the suitcases of unmarked bills?

I have been Juno, demonstrating my bid-leading credentials, and I am open to any bribes, I mean constructive suggestions, before I speak with you again.