Enough said in the press across the previous week, so what can possibly be added to the tributes and out-pouring of feelings for five tragic deaths? Well… Bluebirds were out-foxed in the game of grief (i.e. personal loss for the away team, and skill loss for the home team!). 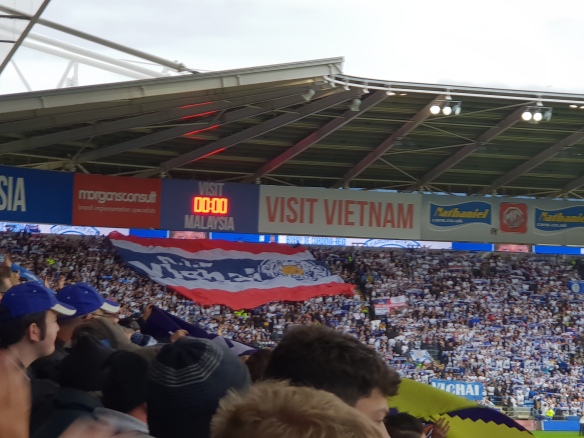 Until we speak again, apparently Cardiff City FC were reported to be a class act across the previous week in their approach to this emotionally difficult game. Shame that wasn’t converting to the on-pitch performances! For the record the home club were very generous to their grieving competitors bequeathing them a 0-1 win.