My in-house DJ seems to be regularly blasting an album by Muse at me over recent months, and one track called Animals keeps attracting my reluctant attention. Whilst the actual track is a damnation of the bankers who have recently brought the world to its financial knees, I have had cause to link it more specifically to the mental state of the self-professed musicologist who seems to think it is ok to address more attention to their living soundtrack than the more obvious priority… me!

Whilst I consider myself to be somewhat superior to your average mammal, I see no particular reason to desert the inevitable challenges and travails of living in a predominantly human oriented urban environment. Why would I want to go scavenging and scrapping for territory and food, when I can just look cute and get it all brought to me on a plate (well in a pathetic bowl, if I am honest)?

So, you will understand my dismay to see all of this local evidence of my animal friends plotting their escape out of Cardiff. Firstly there is The Bear Shop, a Cardiff smokers institution since 1870…

… yet only now does the

locally famous occupant decide to take a run at the window in an audacious attempt to experience the new largely smoke-controlled environment outside. He must have heard that a million beagles can’t be wrong (but you have to be above a certain age to understand that animal liberation tale). 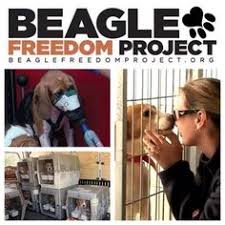 And as if dog emancipation wasn’t enough to tax my powers of compassion, I am then reliably informed that a couple of monkeys in the city centre are constructing some form of time-machine, with the aid of English saboteurs from Leeds, to facilitate their potential for escape:

What did Cardiff ever do to Leeds? Well, apart from claiming to trigger the massive plummeting of their football team from the brink of Premier League football glory in 2002 to third tier ignominy in 2007.

However, nothing could prepare me for the massive animal jail break out of Cardiff Castle. Perhaps it is just a local animal amateur dramatics society re-enactment of the Colditz escape. The William Burges design for the Third Marquis of Bute in 1880’s provides a popular sight for locals and tourists alike around part of the castle wall, but now it seems poor unsuspecting shoppers and tourists would be powerless to evade the ensuing stampede…

Meanwhile, down the Bay, perplexed sea-gulls circle in anguished patrols, determined that their preferred fish suppers remain on the menu, as news gets out that some of the aquatic types have sussed ways of escaping through the barrage:

But, once again, if you are looking for success, even in the arena of escapology it seems we all have to look back to my previous home city of London. Rather mystifyingly, my ‘resident numpty‘ tells me there is terrifying evidence that a super-sized hamster has gone missing!

Personally, I think the only hamster that is really missing is the one that was supposed to be driving the wheel operating the brain of my surrogate scribe! Until we speak again this Juno may be contemplating her own escape, in search of a saner environment.