My ‘irrational optimist‘ is expressing a load of expletives, something to do with a ‘villa’. It has me very confused, because when I think of a villa I get the following images:

… a meal overlooking the sea.

Boats disappearing into the sunset…

But it seems that the ‘Villa‘ in question today is something to do with the less salubrious Aston area of the city of Birmingham! Not even a reference to Alabama… it’s got more to do with Brummies arriving in town! Though how they will be getting here is anyone’s guess… it’s February, so they should be battling the snow. Instead, half the country is under water; so to get from England’s second city (as far away from the sea as you can get) to Wales first city (right by the sea) is going to require a boat! 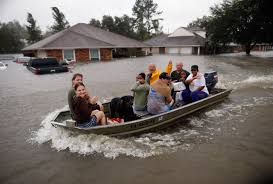 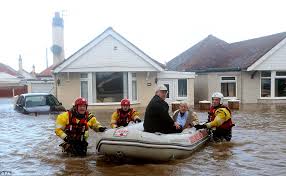 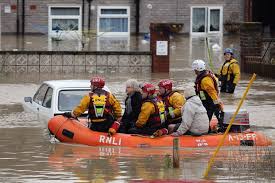 Stormy weather and the prospects of a stormy match; as the locals are quietly panicking about their ability to ride the crest of the Premier League wave beyond this first season. As for Aston Villa, they may be viewing mid-table safety as being within their grasp, but defeat today and it could be deja vu as laughing boy doesn’t spend much time out of the managerial sack-race spotlight.

It’s 7.45pm on a cold and wet Tuesday night in February… so welcome to the grim, the battered and the ugly! The first half sees the home team viewing this villa as something they could occupy and take control of, but not quite doing enough to make a clear purchase. Little signs emerge of the background storms invading this particular patch of real estate. Half-time dawns and it remains a becalmed 0-0.

As the second half begins many of the home fans are slow to get back to their seats, possibly not entirely convinced that the necessary storm surge is going to engulf their opponents. Fears turn to reality as the half progresses, and it is the turn of Villa-folk to eye up an opportunity to gazump any home team offer to take the match. Finally, and not for the first time this season, it is up to Cardiff’s main line of flood defence, their goal keeper David Marshall, to pull out one of the saves of the season to preserve one point for his team.

So, with prior expectations of both teams desperately needing three points for the win, a stormy battle was on the cards… but in football, Estate Agent type levels of exaggeration are made but rarely reflected in the bleak reality. As for the final score, it ends up as a becalming Basement Flat 0 Under-whelming Villa 0.

Until we speak again the forecast suggests I am going to be batten-down-the-hatches Juno!

[A few pictures in this post were gratefully borrowed from sources on google images to illustrate points being made].